Thousands of supporters of a coalition of armed groups in Iraq held a rally on Saturday to commemorate the second anniversary of the upcoming U.S. drone attack. A respected Iranian commander was killed in that attack.

In a square in Baghdad, supporters of the Iraqi “People’s Mobilization” paramilitary force shouted “America to die” to pay tribute to Iranian General Qassim Soleimani. Before his death on January 3, 2020, Soleimani had been leading the overseas operations branch of the Iranian Islamic Revolutionary Guard Corps Quds Force.

The drone attack near the Baghdad airport caused shock waves throughout the region, and people feared that decades of hostility between Washington and Tehran would escalate into a direct military confrontation.

Supporters of the pro-Iranian “People’s Mobilization” paramilitary force wrote on the banner of the rally: “U.S. terrorism must end.” The organization was once a Shia paramilitary coalition and has now been incorporated into Iraq’s national security. mechanism.

The attack on Soleimani-the designer of Iran’s military strategy in the Middle East-was an order issued by the-U.S. President Trump. At that time, Abu Mehdi Muhandis, the leader of the “People’s Mobilization” paramilitary force, was also killed.

Falih Fayez, a senior official of the “People’s Mobilization” paramilitary force, reiterated Saturday’s request for a complete withdrawal of the United States, calling the killing of Soleimani and Muhandis a “crime that undermines Iraq’s sovereignty.”

In December last year, Iraq announced the end of the “combat mission” of the coalition forces headed by the United States in the country. However, there are still about 2,500 American soldiers and 1,000 coalition soldiers deployed in Iraq to provide training, advice, and assistance to the Iraqi national army.

In Iran, Supreme Leader Ayatollah Ali Khamenei and senior figures of the Revolutionary Guard met with Soleimani’s family on Saturday.

Confidential Documents Exposed! Civilian Deaths Caused By U.S. Airstrikes In The Middle East Are Much Higher Than The Admitted Number

The Latest Whereabouts Of U.S. Warships In The South China Sea Exposed 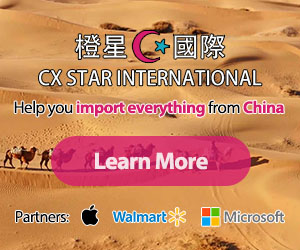